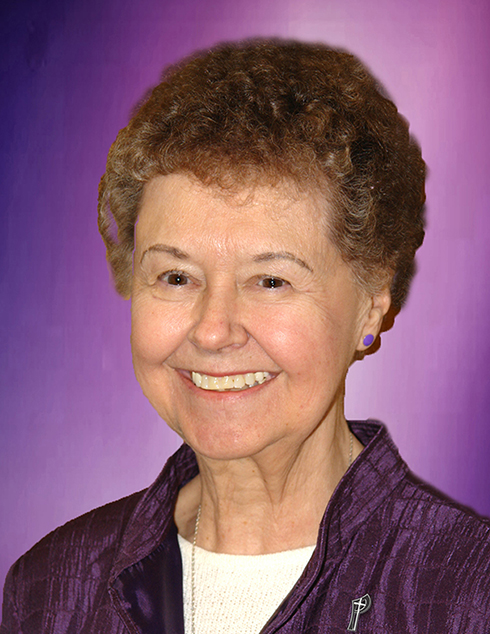 For Sister Carla Montante, Providence was with her at birth – as in Providence Sister Reine Latulipe who was attending her mother when Carla was born at St. Peter Hospital in Olympia, Wash. That was just the beginning.

Carla grew up under the loving parenting of Shirley and Charles Montante, who instilled in her the value of helping others. The Sisters of Providence remained an influential part of her life at St. Michael Parish School, Olympia, and through the Sodality during her public high school years.

In 1959, Carla entered the Sisters of Providence, but she left during the novitiate due to health issues. She returned in 1961, feeling an even stronger call to Providence.

Sister Carla’s first ministry was teaching the middle grades at St. Joseph School in Vancouver, Wash. She also taught religious education at a state residential school for the deaf in Vancouver.

In 1974, Sister Carla began a ministry with the Channel Program to support the role of young adults as teachers or parish ministers in the Seattle Archdiocese. This was followed by several years in Calgary, Alberta, with the Sisters of Providence Holy Angels Province, first in formation and vocation ministry then in retreat and spiritual direction.

In 1985, Sister Carla spent a sabbatical year in Israel as student of the Sisters of Sion’s Center for Biblical Formation in Jerusalem. It was an experience, she says, that “deepened and expanded her understanding of who we are as family of God.”

After returning to the U.S. in 1986, Sister Carla worked in spiritual direction and retreats at Loyola Retreat House in Portland. She went on to hold leadership positions with the congregation, including provincial councilor, director of Sisters of Providence Health Care Corporation, and provincial superior for the Sisters of Providence of Western Canada.

Reflecting on this time of her religious anniversary, Sister Carla notes, “The world is entirely different than what we could have imagined due to COVID-19. I am learning to gather with others virtually – in prayer, spiritual companioning and retreat ministry. This pandemic has revealed the necessity of new ways of being church, and I pray that the new church will include women in ordained ministry.”

Sister Carla adds, with gratitude, “The everyday effects of aging and living with cancer has helped me focus on surrendering into the heart of our Provident God, my inner health and nature’s beauty. I appreciate the opportunity to live in Olympia surrounded by family and friends. My heart rejoices as I say, Providence of God, I thank you for all.”