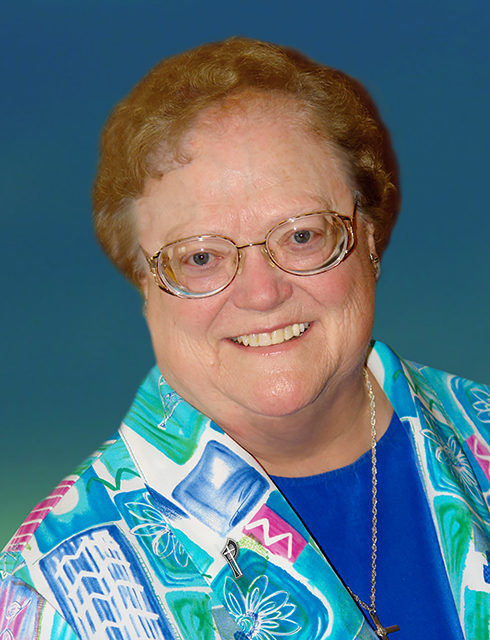 There must have been a Sister of Providence attending either my mother or me when I was born at St. Vincent Hospital, Portland, Ore., in 1941, where three of my four siblings were also born. It would be many more years before another “Providential” encounter; that occurred during my senior year when I volunteered at Providence Child Center.

In the intervening years, I was educated in grade school by the Sisters of the Holy Names and in high school by the Dominican Sisters of Mission San Jose. With this rich heritage and with a Benedictine aunt, what followed was as much a surprise to me as to others. While talking with our parish priest about entering religious life, he asked, “Which community?” My astonishing response was, “Sisters of Providence.” God calls us – and also includes the right address!

Following several initial years of religious and professional formation, including nursing, I was assigned to Providence Child Center in 1967 to assist Sister Dolores Schulte in the Children’s Nursing Center, where as the only licensed nurse working with “room mothers,” she had cared for all 54 children, 24/7, since 1945.  We shared our many nursing roles and duties until we began hiring additional licensed nurses in 1970 in response to changes in state and federal regulations.

In 1972, I replaced Sister Dolores in the licensed nursing home administrator role, and in 1983, was asked to serve as overall administrator of the Child Center’s four programs. I filled both roles until leaving in 1989 for graduate school, where over the next 10 years I earned dual masters degrees and a PhD that could provide credibility when negotiating with federal agencies on behalf of the children and their families. Throughout graduate school and beyond, I scoured the U.S. and Canada for pediatric long-term care facilities and established a network of these facilities for their mutual support. Since its inception in our province in 1976, I have also promoted Providence Associate membership.

In 2012, I was encouraged to enter a Michigan program for women religious coping with addictions. I discovered that my life-long struggle with food was a brain disorder which I did not cause, and that my health could be managed through commitment to Twelve Step recovery.  The experience was truly a gift – not only for me but also for others in our province who followed after me, and who now support each other in our recovery.

Not everything through these years has been easy; however, my decision was one I have never regretted, even after unquestionably following God’s call to Seattle to a congregation I did not then know but have come to love dearly.