A Moral and Ethical Call to Action 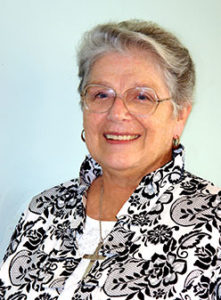 Being called to recognize our moral and ethical culpability can make us squirm and feel uncomfortable. Climate change is one of the most significant topics of our time and we are impelled to act according to our morals and ethics.

To learn more about the issues involved, the impacts and the connections, explore the links on this web page, beginning with the link below to the encyclical itself.

The much anticipated encyclical, Laudato Si’ or “Praised Be,” focuses on the common good with a section on the environment, especially climate change and its impact on the poor and the marginalized. Even before the encyclical’s June 18 release, various factions were lining up to either disclaim the document or to use it as a moral guide for the future.

Francis is not the first pope to make a declaration about the environment, but he IS the first one to include it as a foundation of an encyclical. Pope John Paul II and Patriarch Bartholomew of Constantinople issued a common declaration on environmental ethics on June 10, 2002.

They stated: “ … at the beginning of the third millennium, we are saddened to see the daily suffering of a great number of people from violence, starvation, poverty, and disease. We are also concerned about the negative consequences for humanity and for all creation resulting from the degradation of some basic natural resources such as water, air and land, brought about by an economic and technological progress which does not recognize and take into account its limits.” 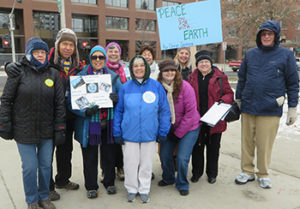 Their declaration also states: “Respect for creation stems from respect for human life and dignity. It is only (through) the basis of our recognition that the world is created by God that we can discern an objective moral order within which to articulate a code of environmental ethics. In this perspective, Christians and all other believers have a specific role to play in proclaiming moral values and in educating people in ecological awareness, which is none other than responsibility towards self, towards others, towards creation.”

This concept is familiar to Sisters of Providence through our Constitution and Rules, especially C26 and R 26.1 and 26.2.

C 26 states: Attention to the needs of the poor and situations of injustice which oppress them arouses in us a concern for the demand of social justice. We therefore consider it a duty to promote human dignity by acts of solidarity with persons and groups, sharing what we have with them to the point of risking our own security.

R 26.1: We view natural resources as an occasion to praise God’s Providence, and we promote the responsible use of goods that belong to all of humanity

R26.2: In our response to the call to social justice, we strive to eliminate the causes of poverty according to our possibilities. 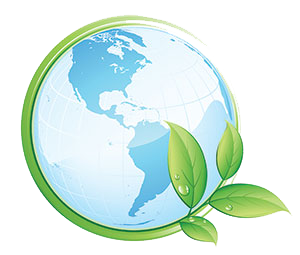 From Pope Francis’ encyclical on the environment