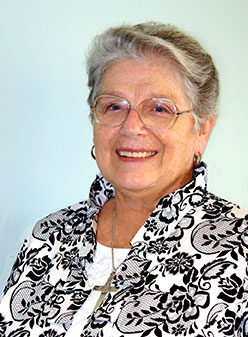 For decades, experts within fields of thought and endeavor on behalf of the planet have, individually or in small groups, advocated for a transition of mind and heart. This shift is envisioned to be an alternative to the industrial way of life that we are enjoying and that has expanded over much of the globe.

During the first week of June 2015, I was able to attend Seizing an Alternative: Toward an Ecological Civilization. This was the first interdisciplinary conference of “leading and original thinkers from more than twenty countries” who came together at Pomona College in Claremont, Calif., on behalf of the planet. An abbreviated follow up will be held in October.

Participants came with a passion

It was a phenomenal experience to be present! People whose books I had read or whose work I was familiar with were present. They included Vandana Shiva, whose research station I visited while in India years ago; Bill McKibben, founder of 350.org; Herman Daly, former head of the World Bank; John J Cobb, Jr., who was instrumental in the foundation of The Center for Science and Theology, which I belonged to years ago as a student; Rosemary Radford Reuther, whose name stands alone and for herself; author Roger Gottlieb, who works in the field of religion and environment, and many, many more. Conversation and dialogue at meals and during breaks was especially rich with potential. It seemed as though there were no strangers present … each person came with a passion for people and the planet, and the interactions reflected that passion.

There were twelve sections with multiple tracks within each section, all going simultaneously! There was no possible way to see and hear each and every session.

Wrestling with the ethics of geo-engineering

One section/track I attended was “The Threatening Catastrophe: Responding Now,” and another dealt with geo-engineering or climate engineering. The latter was led by Dr. Kevin O’Brien who teaches climate ethics at Pacific Lutheran Church in the Puget Sound area. Some of the ethical questions that surfaced during the track sessions dealt with who decides what can or should be done to engineer the climate. What information should be used and from whom? How do we address unintentional harm? Some engineering is already occurring, such as cloud seeding before the Beijing Olympics so that there would be enough snow. My own question is: If being pro-life is more than anti-abortion, at what point does climate engineering become a pro-life issue?

Attending the hunger panel, I listened to Herman Daly as he warned that we, as a global population, are headed for increased poverty. His reasoning is that we have reduced some of our use of resources, but continue to use goods faster than earth can replenish those same resources.

Vandana Shiva, a physicist and activist, is known for her fight for the poor of India and for “taking on” the multinational giant Monsanto. For more than a thousand years, the farmers of India have raised the fragrant Basmati rice and used the oil from the Neem tree. Monsanto patented both the rice and the oil and attempted to charge the farmers for the seed of the very plants they had been using for multiple generations. Ms. Shiva sued Monsanto in the world courts and won, forcing the corporation to relinquish the patents. Subsistence farmers could then again raise their rice and save the seed from year to year without additional fees. At the same time, she is teaching the farmers organic farming and has formed a seed bank and a cooperative to help them find markets for their products.

The bottom line that was heard over and over is that globalization destroys community on a national level and that we NEED community. We need each other. We need relationships with each other in order to grow and thrive and someone without community frequently fails to thrive. Community in this context is not living together or sharing a common bank account.It is more about the common good. It is about using less so that others may have more. Questions remain: How do we facilitate the paradigm shift? What is the role of religion and the role of technology in this shift?