Sisters of Providence adopted a corporate stance to end the death penalty at their Provincial Chapter in August. The action is a result of “prayer, discernment and dialogue, and will be part of our prayer and action in the future,” said Provincial Superior Judith Desmarais. 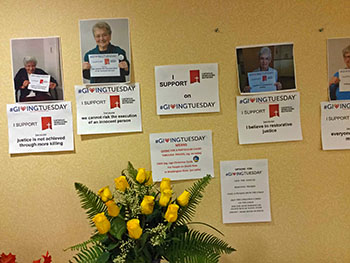 This is the first corporate stance taken by Mother Joseph Province and has been in process for the last couple of years. The foundation for the corporate stance is rooted in the Sisters of Providence Constitutions, No. 26: “Attention to the needs of the poor 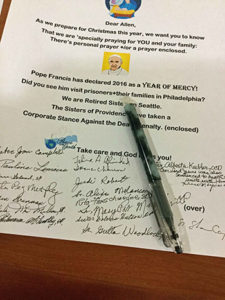 and to situations of injustice which oppress them arouses in us a concern for the demands of social justice. We therefore consider it a duty to promote human dignity by acts of solidarity with persons and groups, sharing what we have with them even to the point of risking our own security.”

Sister Joan Campbell a tireless voice against the death penalty 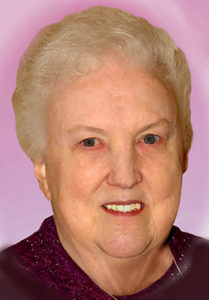 A committee of sisters has been actively working on this initiative since the fall of 2011. The committee members are Providence Sisters Joan Campbell, Charlene Hudon, Lenora Donovan, Lois Murray, Georgette Bayless and Charlotte Van Dyke, and Sister Eileen Walsh, OP. Sister Joan Campbell has been a longtime, tireless voice against the death penalty. She is a board member of the Washington Coalition Against the Death Penalty (WCADP), which has adopted a three-step continuum for its advocacy: raising awareness, discussing the issue with others, and leadership. 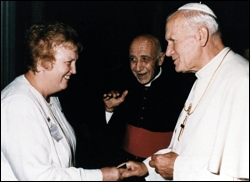 Sister Joan took that third step in 1990 when she raised the issue of the death penalty in a meeting with Pope John Paul II. The pope asked how he could get more practically involved on the issue in the United States and he followed through by contacting governors when death penalty cases became an issue in their states. Sister Joan’s conversation with him provided input as he was writing the encyclical, The Gospel of Life.

Juan Melendez-Colon, a former Florida death row inmate, shares his views with the sisters at St. Joseph’s Residence in Seattle.[/caption] Mother Joseph Province’s initiative on the issue began as a statement and evolved into the stronger response of a corporate stance. As the committee of sisters worked through the development of the stance, they offered education about the issue, including the death penalty’s high and inevitable risk of putting the innocent to death, and the unfairness of its application based on race, ethnicity and poverty. In 1990, Sister Joan Campbell raised the issue of the death penalty in a meeting with Pope John Paul II.

They engaged in discussion of the issue, including inviting former Florida death row inmate Juan Melendez-Colon to St. Joseph Residence in Seattle in the fall of 2011. His appearance was one of several sponsored by WCADP. Melendez-Colon had spent 17 years, eight months and one day on Florida’s death row for a crime he did not commit. In 2012, Sisters Joan, Lenora and Charlene joined other anti-death-penalty advocates in taking their case to Olympia for a public hearing on SB 6283 and for a Lobby Day to End the Death Penalty. Their message to Washington State legislators was that life without parole is a safe and just alternative to the death penalty.

In addition to El Salvador, Mother Joseph Province encompasses six states (Alaska, Oregon, California, Idaho, Montana and Washington), all but one of which, Alaska, have a death penalty law on the books.
The anti-death penalty stance is part of a consistent ethic of life, from birth to death, that is embraced by a growing number of individuals, organizations and religious leaders around the country, including the U.S. Catholic bishops.

Today, more than two-thirds of the world’s countries, 141 in all, have abolished the death penalty in law or in practice, according to Amnesty International. The overwhelming majority of executions have been in five countries, China, Iran, North Korea, Yemen and the United States. In this country, 18 states do not have a death penalty and 29 states have not carried out an execution in the last five years. In addition, a total of 142 innocent people have been freed from death row.

The next steps to give life to the corporate stance will include continued educational efforts, endorsing and supporting the work of other groups engaged on this issue, publicizing this public stand in diocesan newspapers, advocacy through letters to the editor and contacts with legislators and governing bodies, and requesting that the topic of the death penalty be included in the next Catholic Advocacy Day in Washington state. Additional means of implementing the corporate stance will be discussed by the sisters in their local communities.

Pope Francis: Death Penalty is contrary to the Gospel

Sister Helen Prejean: Why Pope Francis’ rejection of the death penalty is so important

Oregonians Against the Death Penalty