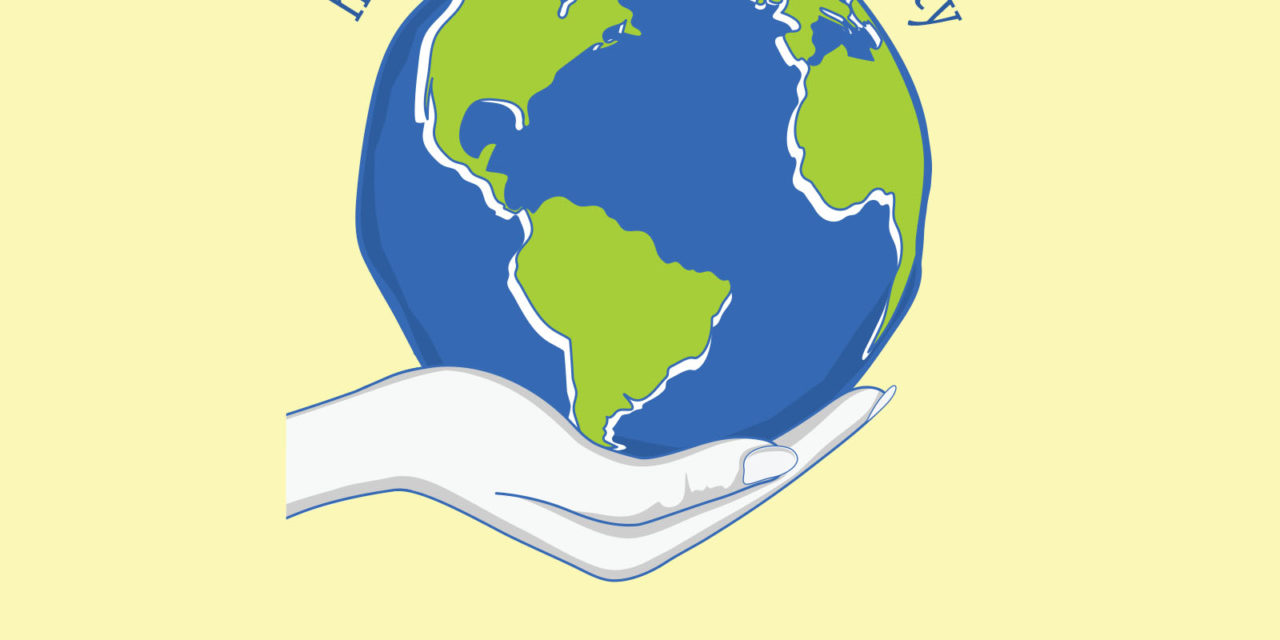 Eight Sisters of Providence will celebrate significant anniversaries at a Jubilee celebration on Saturday, August 3, at 10:30 a.m., at Our Lady of Guadalupe Parish, 7000 35th Ave SW, in West Seattle. The Reverend John D. Whitney will preside at the liturgy, which will be followed by a luncheon with the honorees’ friends and families at noon in the parish hall.

Born in Kevin, Mont., Sister Dorothy entered the Sisters of Providence in 1943 and spent the next 70 years in education, administration and parish ministry. She graduated from Ursuline Academy, Great Falls, Mont., and spent one year at the College of Great Falls before World War II broke out and she moved to Seattle to work at Boeing. While she wasn’t initially planning to be a sister, Father Charles Suver, SJ, who had known Dorothy for years, encouraged her to think about it. Sister Dorothy made first profession in 1945 and later earned a teaching certificate at the College of Great Falls. For 25 years she served as a teacher and principal in junior high and high schools in Montana and Washington. She earned a master’s degree in history at Gonzaga University and later a master’s in adult religious education at Seattle University. For six years she was a religious education consultant to the Diocese of Spokane. After two years as pastoral associate at Assumption Parish, Spokane, she spent 18 years serving Sacred Heart Parish, and has remained a part of that family. Sister Dorothy also served on the provincial council of the former St. Ignatius Province and on the board of Sacred Heart Medical Center, Spokane, for 15 years. Today, Sister Dorothy enjoys Gonzaga University basketball and her ministry of prayer and presence, despite macular degeneration that has made her legally blind.

Sister Helen grew up in Camas, Wash., and met the Sisters of Providence when they came to her parish to teach Sunday catechism. Helen entered the religious community and made first profession in 1951. She holds a bachelor’s degree in education from the College of Great Falls, Mont., and a master’s degree in religious education from Seattle University. She taught elementary school in Seattle, Yakima and Vancouver, Wash., and then in Fairbanks, Alaska. In 1968 Sister Helen became the director of religious education at St. Catherine’s in Seattle. Religious education was her career for the next 23 years. She returned to ministry in Alaska in the 1970s. Since retiring in 1996, Sister Helen has dedicated more time to praying and stays involved with St. Patrick Parish, the Intercommunity Peace and Justice Center, Call to Action Western Washington and Habitat for Humanity. She encourages the sisters and others to stay educated about contemporary social justice issues and the changes needed in the church and in society today.

Sister Susan was born in Olympia, Wash., and was taught by the Sisters of Providence at St. Michael’s School. She entered the novitiate at Mount St. Vincent, Seattle, in 21948. Assigned to teach, she continued that ministry for 23 years in a range of grades and subjects in Seattle, Walla Walla, Vancouver and Moxee, Wash.; in Fairbanks and Anchorage, Alaska; and at St. Finbar’s and Providence High School in Burbank, Calif. Summers at the College of Great Falls, Mont., led to a bachelor of science degree in education. When she left teaching in 1974, Sister Susan began working with elderly sisters at St. Joseph Residence, Seattle. During the next 20 years, she moved from assistant superior to team member/assistant coordinator. She then served as housekeeper at nearby Mount St. Vincent and later as supervisor of housekeeping and laundry at The Mount. After her retirement in 1994, Sister Susan volunteered at the Emilie Shop at The Mount for many years. Now at St. Joseph Residence, Sister Susan enjoys reading and cheering for the Mariners on television.

Sister (Ruth) Virginia, who grew up in Longview, Wash., met the sisters from Providence Academy who taught religious education every Saturday in er parish, St. Rose de Viterbo. Her older sibling, Sister Mary Leona, entered the religious community first. Sister Virginia followed in 1948. Her teaching ministry took her to Walla Walla, Moxee, Yakima and Vancouver, Wash. When Providence Academy closed in Vancouver, she was asked to remain in the city as a presence for girls who would be moving in to the public school system. In 1967 Sister Virginia was joined by Sister Elizabeth Joyce and they began the Vancouver Apostolate, an outreach program to train volunteers in five rural parishes. They continued this ministry in Snohomish, Monroe and Poulsbo, Wash. In 1978 they became the first rural ministry team in the Archdiocese of Seattle. For eight years they served in 12 parishes and 10 mission churches. In 1995 Archbishop Raymond Hunthausen appointed Sister Virginia as pastoral life director in Holy Family, Frances and St. Joseph, Pe Ell parishes, as well as a team member for St. Mary Parish, Seaview, Wash.; and St. Lawrence Parish, Raymond, Wash. She spent the next 11 years presiding at the parishes she served.

Sister Deling grew up in Laoag City, Philippines. After graduation from a Catholic high school in 1956, she wanted to become a sister, but none of the orders would accept her because she was just 15 years old. With the help of the Sisters of Providence vocations director in Spokane, Wash., Deling eventually made her journey to the U.S. on November 16, 1957, to begin her formation. She took classes in Montana and began learning about American culture. When she entered the Sisters of Providence on July 19, 1958, it marked the first time a woman had come from the Philippines to join the community. Sister Deling went on to receive a bachelor’s degree in education, a master’s in secondary education and a master’s in religious education. Her teaching ministry included many years in primary schools in Montana, Idaho and Washington. In addition to teaching, she was a principal at Assumption School in Walla Walla, Wash., and at Divine Word High School in Laoag City, Philippines. She then served several years in the Philippines as a sector servant leader and vocation director. Sister Deling’s parish ministry has included service as faith formation director in parishes of northern Montana and the Diocese of Orlando, as well as pastoral assistant at St. William Church, Shelby, Mont., and Holy Redeemer Church, Kissimmee, Fla. Though she is now officially retired, Sister Deling is still active in parish ministry at Holy Redeemer Church, where she lives with her brother, retired Father Bernard Fernando, and assists him in his priestly ministry.

Sister Judy was born in Missoula, Mont., and met the sisters of Providence while accompanying her physician father on his rounds at St. Patrick Hospital. She later was taught by the sisters at St. Francis Xavier School and Sacred Heart Academy. Two months after high school graduation she entered the novitiate in Seattle. She made first vows at Mount St. Vincent, Seattle, and then went to Everett, Wash., traveling daily by bus to Seattle University for classes. The following year Sister Judy became one of the first students at Providence Heights, the College of Sister Formation in Issaquah, Wash., earning her bachelor’s degree in 1963. Her ministry was in education, and she taught elementary at St. Gerard’s, Great Falls, secondary at DeSales, Walla Walla, and college French at the College of Great Falls, Mont., at the Sorbonne in Paris while chaperoning a former student. She earned a master’s degree in French from the University of Montana, Missoula. Ministry Training Services in Denver prepared her for a change to formation ministry, as well as retreat ministry in Edmonton and serving on the leadership team of the former St. Ignatius Province. Currently, Sister Judy is librarian at Mount St. Joseph, Spokane.

Sister Ida Mae was born in Missoula, Mont., and entered the Sisters of Providence in 1958 in Seattle. She made first vows in 1960 and final vows in 1965. She grew up knowing the Sisters of Providence in Missoula, where she attended St. Francis Xavier School and Sacred Heart Academy. Several family members had been members of the religious community, including her aunt, Sister Loretta Marie Marceau. Sister Ida Mae went through the sister formation program at Seattle University, graduating with a liberal arts degree. Her first ministry was teaching first grade at St. Patrick School in Walla Walla, Wash., then at St. Raphael’s School, Glasgow, Mont. After being introduced to the Montessori teaching method, she earned her certification and then taught at St. Thomas Children’s Home in Great Falls, Mont. She found her true calling in nursing, enrolled in the licensed practical nurse course in Great Falls, and for many years card for patients at Columbus Hospital. She later worked with elderly sisters at Mount St. Joseph, Spokane, where she became the superior. Today Sister Ida Mae is retired and serves as the coordinator for sisters living at Emilie Court Assisted Living Center, Spokane.

Sister Jo Ann was born in McMinnville, Ore., and first heard the call to religious life as a young woman, but detoured onto a different path initially. After graduating from high school in Salem, Ore., she got married and had two boys. Later in life, after a divorce and the boys were on their own, she heard the call again. Jo Ann’s pastor encouraged her, and after a period of discernment and a retreat with the Sisters of Providence, she committed to religious life. Sister Jo Ann made first vows in 1996 and final vows in 2000. After many years in the health care profession, she enrolled at Marylhurst University, Ore., and earned a bachelor’s degree in religion and philosophy, with a core in pastoral care. She joined the sister formation team and continued this ministry for seven years while studying for a master’s degree in earth literacy. In 2009 Sister Jo Ann joined the community life team for the sisters at Mount St. Joseph, Spokane, and was then elected provincial councilor for two terms (10 years). She also worked with the Reclaiming Earth Committee and participated on UNANIMA International’s committee on the environment, which opened the door for her to attend Rio+20, the 2012 United Nations Conference on Sustainable Development in Rio de Janeiro, Brazil. More recently, in 2019, Sister Jo Ann was installed as commissary for the Sisters of St. Dominic of Tacoma as part of a covenant relationship between the two congregations.