Transferring from Another Religious Community

So much to be learned — a new culture, a new language, and a new community.

The community of women religious known as the Sisters of Providence is comprised of women from many backgrounds and cultures.

In some cases, sisters who joined a community in their home ands transfer to another community when they emigrate to a new country.

Here are the stories of Sisters Lang Tran and Ana Dolores Orellana Gamero, each of whom transferred from the communities they joined in their motherlands. 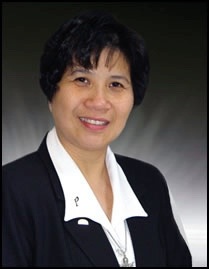 She and another Vietnamese sister, Annmary Vu, marked the completion of their transfer with a ceremony at a Seattle church in October 2003 that drew friends and family from throughout the Pacific Northwest.Sister Lang Tran is a classroom teacher at Providence Wee Care Child Development Center, in Portland, Oregon. She also works on Sundays for the Spiritual Care Department of Providence Portland Medical Center. As part of her three-year transfer process into the Sisters of Providence, Sister Lang Tran studied English as a Second Language and took early childhood education classes at a community college in Spokane.

Both women were sisters in the Adorers of the Holy Cross in their native country. Sister Lang became a pre-candidate for that religious community as an 11-year-old fifth-grader. She professed first vows at the age of 20 and began teaching first grade.

With the fall of Saigon in 1975, Catholic nuns were prohibited from teaching. She worked in the fields until she escaped from Vietnam and eventually made her way to the United States, where she joined the Adorers of the Holy Cross in Portland. 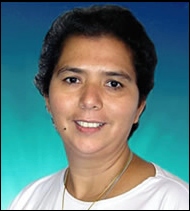 She was living in Spokane with her mother and siblings who found sanctuary at a local church when she met the Sisters of Providence. She completed a five-month “Come and See” program that included living with Providence sisters in El Salvador to experience their life of prayer, community and ministry.Sister Ana Dolores Orellana-Gamero volunteers at the Women’s Hearth in Spokane, Washington, and is a Eucharistic minister at St. Aloysius Parish. She also is studying English at Spokane Community College. A citizen of El Salvador, she speaks passionately of family members raped, tortured and murdered there.

In September 2003, Sister Ana Dolores began the process of transferring from her Mothers of the Orphans in Rome, Italy.

She is studying English and ministering with the Hispanic community in Yakima while living with the sisters at the candidate house. 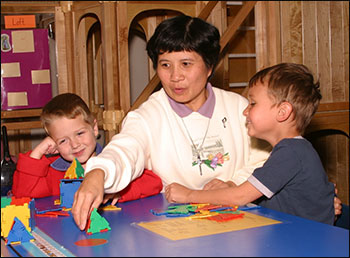 Sister Lang Tran shares the sisters’ commitment to the welfare of children. 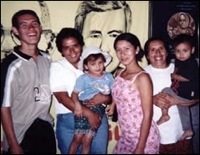