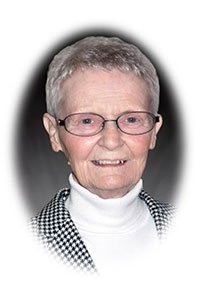 Sister Dona Taylor is amazed that 60 years of religious life got here so fast. “What kind of witness/services have I given? What have my inadequacies been? Not everything has been right or good, but God chose me to be here, so I’m here.”

Today she lives in Yakima, Washington, where she was born the eldest of four children on the family farm in West Wapato. She attended grade school and high school in White Swan, on the Yakima Indian Reservation. After graduation, she won a merit scholarship for Seattle University, where she learned about a Providence Novitiate open house from a bulletin board.

With two aunts in the Providence community, Sisters Blanche and Violet Dufault, she decided to stop by. Beginning to think seriously about religious life, she entered in 1958 and joined the young sisters who were living in Everett, Washington, and commuting to Seattle University for classes.

In 1969 she was elected to the Provincial Council of the former Sacred Heart Province, serving for six years as director of health and social services. She later became the first president of the Providence Health and Social Services Corporation, leading development of new corporate policies, pastoral care departments, and creation of new outreach programs.

She planned and developed WomanSpirit, a spirituality center for women in Seattle providing daily, weekly and special events in a restful, quiet setting. Next, she spent 10 years in Hermiston, Oregon, raising rabbits, goats and chickens, and providing vegetables and eggs for the food bank. She returned to Yakima nearly three years ago to join Sister Roberta Rorke in being a presence for people who are poor and homeless. The sisters provide sandwiches, water, and blankets, coats and hand warmers in winter.

Sister Dona spends her days with prayer, exercise, reading and circulating books, and enjoying time outside. She gets joy from relating to her pets, spending time outside and tending a small garden. “I just want to do as much as I can for as long as possible. It’s not a lot, but I can still do some things.”

Sister Maryann Benoit was one of two last Sisters of Providence to leave ministry in Montana since the sisters first arrived there in 1864.