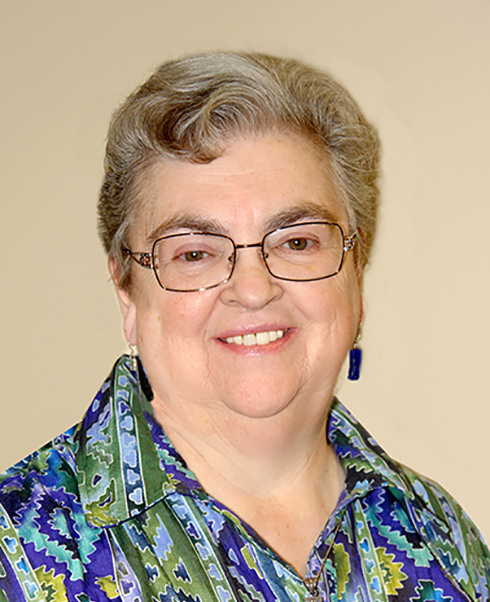 Chauncey Boyle was born in Portland, Ore., on Aug. 21, 1940, to Margaret Mary Heuer and Norbert Francis Boyle. In addition to a sister, Susan, the home was shared with many others including her grandmother and later a half-dozen teenage foster children.

Chauncey attended grade and high school at Providence Academy in Vancouver, Wash. When her sister, Sue, decided to enter the Sisters of Providence after high school graduation, Chauncey did not seem to be on the same path – she was planning to start the nursing program at Providence Hospital in Portland. Yet something changed when Chauncey participated in a retreat at Mount St. Vincent, Seattle, alongside Sue and the other postulants. “I gave in to God,” she says.

Sister Chauncey entered in the summer of 1959 and made first profession in 1962. After graduating from the College of Sister Formation in 1964, she began her first ministry as an educator. She taught at St. Catherine’s in Seattle, Immaculate Conception in Fairbanks, Alaska, and Our Lady of Lourdes in Vancouver, Wash., for a total of three years, “just long enough to know I wanted to be in health care,” she says.

So began her 23-year ministry in nursing. After Sister Chauncey completed her associate’s degree and became an RN, she served as a staff nurse at Providence-Oakland, followed by a head nurse position in the emergency department at Providence-Everett. After earning her bachelor’s degree in nursing in 1977, she worked for the Archdiocese of Seattle as nursing supervisor for Catholic Youth Organization camps and then as director of nursing at Providence Mount St. Vincent.

Sister Chauncey shifted her focus once again with a master’s in ethics and theology from the Graduate Theological Union in Berkeley, Calif. This led to AIDs ministry for the health system. Following the AIDs crisis she moved into housing ministry for low-income families and elders at Family Tree Apartments, Everett, Wash., Providence Peter Claver House, Seattle, and Providence Vincent House, Seattle.

In the 1980s, Sister Chauncey felt a strong call to social justice. She acted on that call serving the poor as a member of the Providence Peace Community, joining protestors at the School of the Americas in Fort Benning, Ga., going to jail in protest of the nuclear submarine base in Bangor, Wash., and participating in anti-human trafficking demonstrations in Seattle.

As she celebrates her 60th anniversary, Sister Chauncey continues to be active in various ministries, including the Shades of Praise Gospel Choir (since 1983!) and liturgy committee chair at St. Therese Parish, the board of Providence St. Joseph Health Home and Community Care, and service projects with her religious community.