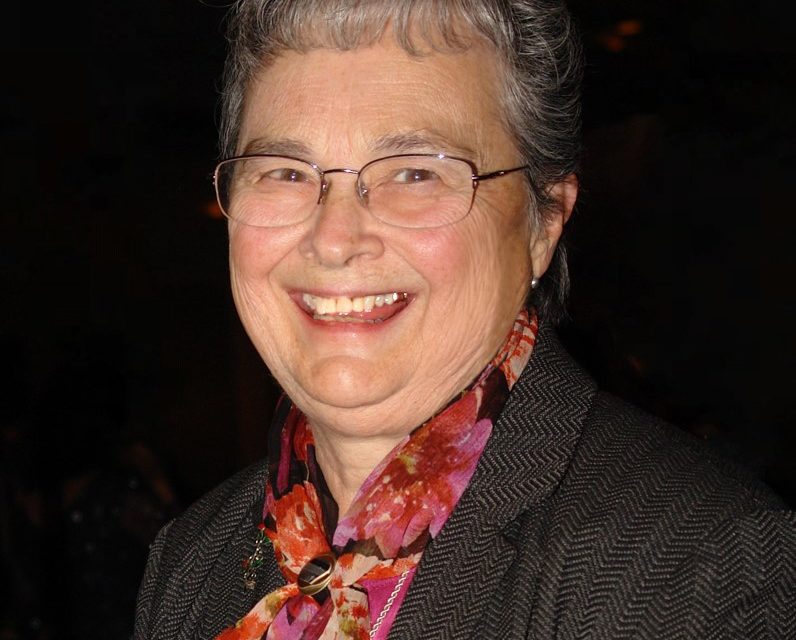 Sister Karin Dufault’s Providence journey began in Yakima, Wash., in a loving, generous French-Canadian Catholic family. While her nuclear family was small (one brother), the extended family, including grandmothers, aunts, uncles and cousins, played a big part in their lives. Karin’s parents, Eliane LaFramboise and Leonard Dufault, were active with the Sisters of Providence and Jesuits through the schools and parish. She also had relatives who were Sisters of Providence. Influenced by her teachers and sister-cousins who lived joyfully in service to others and truly reflected God’s presence, Karin entered the congregation in 1959.

Following Sister Formation and the Seattle University nursing program, Sister Karin’s first ministry was at St. Vincent Hospital in Portland, Ore. A one-year internship provided the opportunity to be mentored in multiple nursing units, which opened the door to positions as assistant head nurse, then head nurse of a busy medical unit.

After seven years in nursing master’s and doctoral studies at Case Western Reserve University, Cleveland, Ohio, Sister Karin ministered at Providence Portland Medical Center as a clinical nurse specialist and nurse administrator, 1981-1987. This segued into a role as administrator of St. Elizabeth Hospital in Yakima where she collaborated with individuals, organizations and agencies to address the needs of vulnerable people in her hometown.

In 1991, Sister Karin was appointed chair of the Providence Health System’s restructured board of directors through 2002. This position and the vice president for mission leadership position which followed brought many challenges and rewards given the changing nature of health care delivery, financing, leadership development and governance.

In 2005, Sister Karin became executive director of Supportive Care Coalition: Pursuing Excellence in Palliative Care. The organization brought together 20 Catholic health systems to assure that people suffering with life-threatening and progressive illnesses and their families are cared for in body, mind and spirit with compassion and clinical expertise. She was able to draw not only on her nursing background, including an interest in the influence of hope in life, but also on her personal cancer journey and accompanying friends and family with serious illnesses.

In 2010, Sister Karin’s ministry shifted from health care to congregational governance when she was elected provincial leader of Mother Joseph Province. Two and a half years later she was elected congregational leader and moved to Montreal in November 2012. With her reelection in 2017, she continues in her leadership role through October 2022.

“This time of Jubilee provides the occasion to be grateful for how God-Providence has graced me and accompanied me in so many ways with wonderful people, ministries and life experiences, joyful and painful,” says Sister Karin. “Each has formed me and blessed me in my daily response to God’s call to serve with compassion and hope as a Sister of Providence. Providence of God, I thank you for all.”