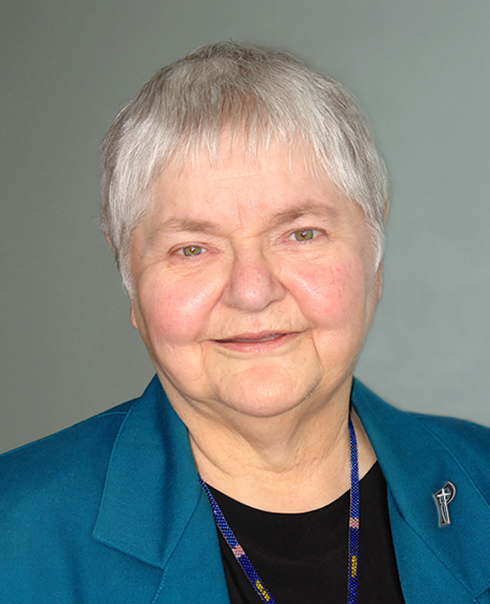 The seeds of Providence were planted early in Mary’s life. When her parents, Clyde and Berenice, were first married they lived in small town in Alberta, Canada. The Sisters of Providence arrived in their town to beg for money for their Mission. Because there was no convent in their town, they stayed at the Wilson home. Clyde drove them from place to place to ask for donations.

Mary’s mother volunteered at St. Peter Claver Interracial Center in Seattle, which is how young Mary came to know Sister Ignatius and other Sisters of Providence – a relationship that was to exist for some years. During Mary’s high school years at Holy Names Academy, Sister Ignatius gave her the book, “The Table of the King,” a story about Emilie Gamelin, foundress of the Sisters of Providence. Through this book, Mary grew to love Mother Gamelin and a Providence seed was planted.

It was during this time Mary really got to know the Sisters of Providence and began to think about religious life. She shared her interest with Sister Gertrude of Providence, who spoke to her about making a retreat at Mount St. Vincent specifically for high school girls. During the weekend retreat another Providence seed was planted. Soon after her decision became clear, Mary heard “the call” and answered a firm “YES.”

Mary was 17 when she entered the Sisters of Providence. When permission came to take vows, she was ready. However, Mary soon learned that her mother was seriously ill, so she decided to return home to take care of her.

The time with her mother was very special. Two days after coming home, Providence provided a job for Mary at Boeing, so she could work and be a caregiver. A year and half later, her mother died, but Mary felt blessed to be with her.

In 1959, Mary responded once again to her call and reentered the Sisters of Providence. That was 60 years ago! Since then, she has ministered as an educator, administrator, religious education coordinator, counselor, social worker, eucharistic minister and supportive companion in prayer and presence. All are seeds of Providence, she explains.

“I am grateful to Providence for all whom I have met, loved and known on my Providence journey,” Sister Mary says. “They have added to my spiritual life, helped me to grow, allowed me to share my God-given gifts, and enriched me with their God-given gifts of being, support, and example of compassionate care.”

Providence of God, I thank you for all!