Ministry with the Salvadoran children thrives

Ministry with the Salvadoran children thrives

On Saturday, January 24, 2015, the children of Angela Montano gathered to have an afternoon of fun, games and treats with the Sisters of Providence. The atmosphere was festive and colorful and the children entered with enthusiasm into a variety of group games facilitated by members of the Angela Montano youth group.

The highlights of the afternoon were the two large piñatas filled with candy, one hanging from the roof of the front porch for the boys and the other hanging from the roof of the garage for the girls. Loud shouts of encouragement and laughter accompanied the children’s efforts as they smacked the piñatas in numerous attempts to break them open, anticipating the many candies they would eventually be gathering up. With the piñatas having given up their treats, everyone settled down to look at the candies they had gathered and to enjoy the final surprise of this party, caramel ice cream cones.

Sister Marilyn Charette has been welcoming these same children on three afternoons a week for the last two years. The children, ages 5 to 13, have had the opportunity to color and draw, to make puzzles, to have books to read and to play bingo and, most especially, to be together with Sister Marilyn. On Thursdays, the group went to the park to play soccer and to enjoy the popsicles (charamuscas) that Marilyn had made the evening before.

During these two years, for shorter or longer periods of time, visitors like Sisters Marita Capili, Marisol Avila, Vilma Franco, Annette Seubert and Beatrice LaFramboise have assisted with the children’s activities. Sister Marilyn’s ministry in Angela Montano also included being part of a weekly faith-sharing group, making frequent visits to the families, and offering assistance in time of sickness, loss or tragedy by providing transportation and counseling when needed. One evening every week, Sister Marilyn has offered card games and conversation to a few young people.

Though the SP presence in Angela Montano has changed, the sisters’ strong and loving relationships with the families and the young people of this community are important and will be maintained in the weeks and months to come. 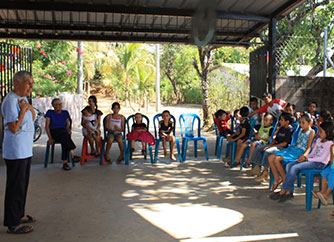 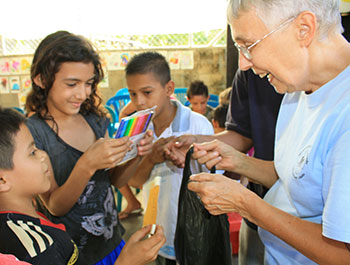 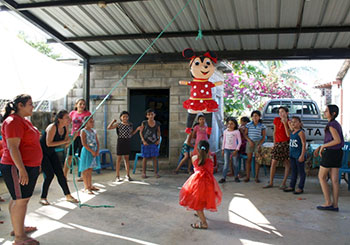 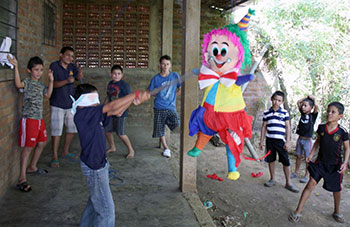