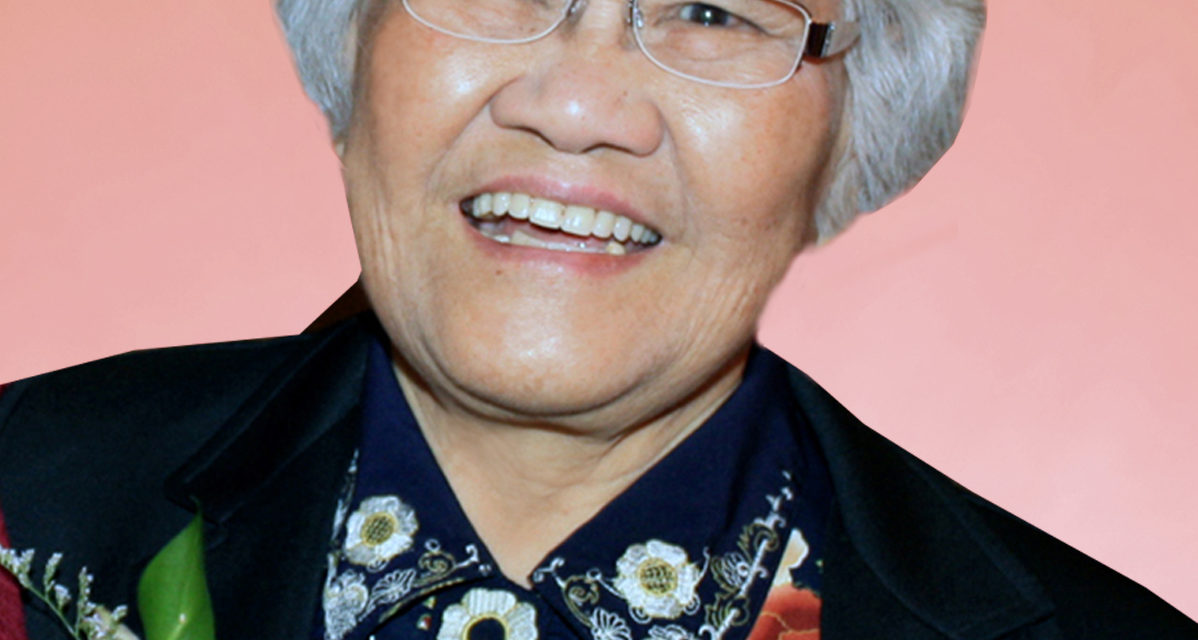 Lina Afinidad was born in Iloilo, Philippines on May 3, 1930, to Nicasio Afinidad and Marta Aranador, the seventh of nine children. Her father was farmer, and Sister Lina enjoyed helping him raise vegetables, which they shared with their neighbors at harvest time.  Sister Lina became a postulant of the Sisters of Providence in 1962, made first profession in 1965 and final vows in 1970.

Sister Lina began her health care ministries as an LPN in 1967 at St. Clare Hospital in Fort Benton, Mont, where she ministered for three years. In 1969 she transferred to Columbus Hospital, Great Falls, Mont. In 1974, she moved to St. Patrick Hospital in Missoula, Mont. She also ministered at the St. Joseph Care Center, Spokane, Wash. In 1989, Sister Lina was one of the five foundresses of the Providence Philippine Foundation. She was a missionary in the Philippines for 19 years.

In July 2008, Sister Lina returned to Spokane, Wash., to retire at the age of 82. She moved to St. Joseph Residence in Seattle in 2012 where she always greeted others with her lovely smile, her heart-warming personality, and beautiful flowers from the gardens at St. Joseph Residence.

To view Sr. Lina’s obituary and picture and to sign her memory book, please visit the website for Bonney-Watson Funeral Home at www.bonneywatson.com.

May our sister, who has fulfilled her baptismal commitment in a life of religious consecration, find everlasting peace and joy in your presence, O Lord.