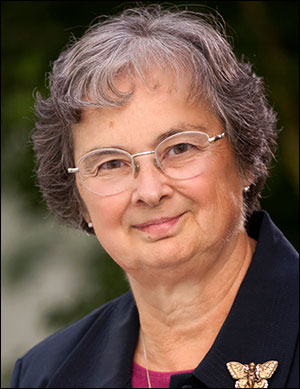 Delegates at the congregation’s General Chapter called Sister Karin to the post through a process of discernment on Thursday, July 26. The following day, another sister from Mother Joseph Province, Sister Mary Kaye Nealen, was selected as a member of the General Council. Both their terms will begin on November 1, 2012, and continue through October 31, 2017.

"The theme of our General Chapter, ‘Rooted in Providence, We Welcome the Future,’ and the prayers and support of our sisters and colleagues give me great reason to hope as I humbly accept to serve as congregational leader of our international community,” Sister Karin said.

“As we seek to deepen our intercultural reality, our newly elected General Leadership Team in Montreal embraces the challenges, confident that God will guide our community in responding to the emerging needs of today’s world with compassion."

A process for identifying Sister Karin’s replacement as provincial superior of Mother Joseph Province has yet to be determined.

A native of the Yakima Valley, Sister Karin entered the Sisters of Providence in 1959. Prior to becoming provincial superior on January 1, 2010, Sister Karin was executive director of Supportive Care Coalition: Pursuing Excellence in Palliative Care, in Portland, Ore., for five years.

Her background also includes serving in leadership in Providence Health System, now known as Providence Health & Services. Her roles included vice president of mission leadership, full-time chair of the board of directors, and acting president and CEO. She also was administrator at St. Elizabeth Medical Center, in Yakima, Wash., assistant administrator for patient care services at Providence Portland (OR) Medical Center, and also was responsible for oncology and gerontology program development, including hospice services. 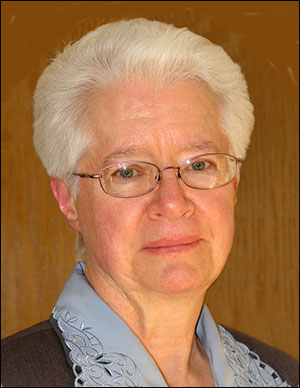 Sister Karin’s educational background includes undergraduate degrees in social science and nursing from Seattle University. She also holds a master’s degree in medical/surgical nursing (oncology focus) and a doctorate (gerontology focus) from Case Western Reserve University, Cleveland, Ohio. She completed the Fellows Program in Management for Nurse Executives at the Wharton School, University of Pennsylvania, in 1985.

Sister Mary Kaye Nealen is associate professor of theology and ministry at the University of Great Falls (MT), where she has served in ministry on the campus for more than 20 years. She also has served as director of mission integration, provost and vice president of academic affairs. She holds degrees from Seattle University and Aquinas Institute of Theology, as well as a doctorate in systematic theology from the Catholic University of America.

Born in Spokane, Sister Mary Kaye entered the novitiate in Seattle in 1960. This will be her second time serving on the General Council.

Sisters Karin and Mary Kaye will serve in Montreal alongside General Councilor-Treasurer Rollande Malo, a Quebec native serving her fourth term after 20 years in Edmonton, Alberta, Canada; Councilor-Secretary Sister Linda Jo Reynolds, formerly of Sacred Heart Province and who has been serving as a missionary in the Philippines; and General Councilors Sisters Josefina Lerios, of the Philippines, and Alba Letelier, of Chile, serving her second term.