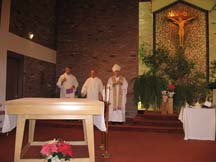 In the words of Sister Maryann Benoit, this has been “a jubilating year.”

For 13 months, celebrations were held throughout Mother Joseph Province to mark the 150th anniversary of the arrival of the Sisters of Providence in the West. On December 8, 2006, the actual anniversary date, Sisters of Providence, Providence Associates and friends gathered in grateful prayer for the continuation of the ministry that took hold in this region through the labors of Mother Joseph and her four sister companions – Sisters Praxedes of Providence, Mary of the Precious Blood, Vincent de Paul and Blandine of the Holy Angels.

The story of those pioneer sisters is a “springboard to the present and the future,” Sister Margaret Botch, provincial/Leadership Team coordinator, said at the closing vesper service in Spokane.

“The sisters lived the story. As risk-takers then and now, that story took them to the Philippines and to El Salvador to minister to God’s people,’ she explained.

The same thing is happening to the sisters today, as they ask, ‘How is that story alive in me?”

Sister Margaret continued, “The sisters reach out in compassion, caring and with courage, and see the stories come alive.”

There are many more stories that need to be told, she said, as the sisters continue “to live in the present and into the future the way that we?re called.”

Photos from the closing ceremony 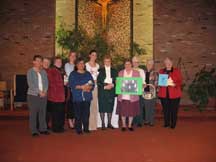