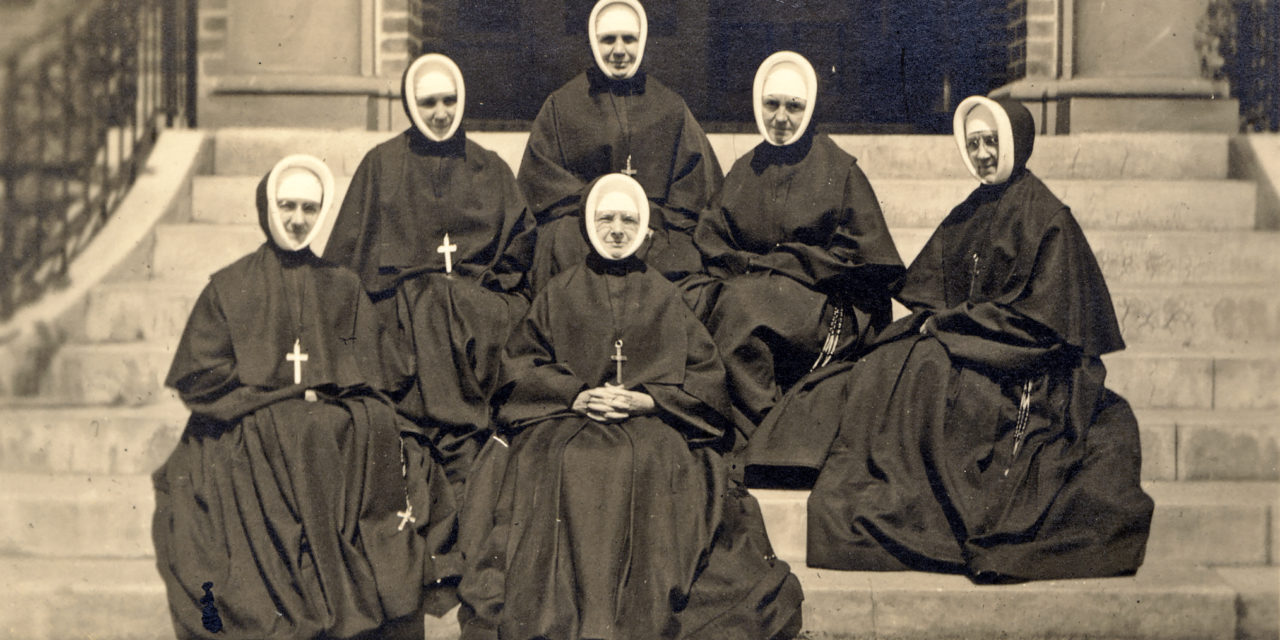 March 4, 2020 – This year we welcome a new Leadership Team to the Sisters of Providence Provincial Administration office in Renton, Wash.

The image above shows the leadership of the day in 1916, seated on the steps of Providence Academy in Vancouver, Wash. At that time, the sister leaders were referred to as the Provincial Council of the Sacred Heart Province (which later merged with St. Ignatius Province to become Mother Joseph Province).

Today’s provincial governance group includes four sisters, one who serves as provincial leader and three provincial councilors, plus two lay people in the roles of provincial secretary and treasurer. Together, the group of six is referred to as the Provincial Leadership Team. During their five-year term, they oversee Mother Joseph Province and collaborate with the General Leadership Team in Montreal to promote unity within the congregation to further the mission of the Sisters of Providence.

Learn more about the history of the Sisters of Providence in the West at Providence Archives Seattle, providence.org/about/providence-archives.