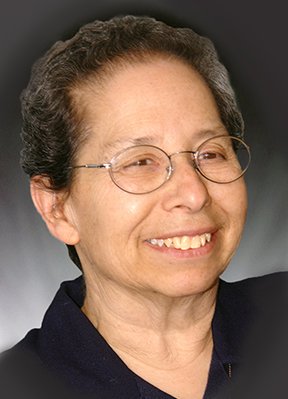 Sister Beatrice LaFramboise’s early childhood was spent in Ellensburg, Wash., after living in several small cities in the state. She attended public school in Sunnyside, Wash., and entered the Sisters of Providence in 1965. She taught pre-school for a few years.

Ministering at Providence Regina House, a food and clothing bank located at Providence Medical Center, Seattle, led to her becoming involved with the Catholic schools in her search for volunteers.

Community Service Learning in schools, with students who needed experience and credit, became a good match. Together, they began a visiting program to the elderly and an Adopt a Family program for holidays.

After her 25th anniversary in the community, Sister Bea served in vocation ministry for three years. Returning to full-time social ministry, she began living and working with a team at Providence Hospitality House, a shelter for women and children in crisis.

She later returned to vocation ministry, visiting Catholic grade and high schools and working on retreats and immersion experiences. For several years she participated with Spiritual Exercises in Everyday Living (SEEL) as a retreat mentor and assisted with Engaged Encounter weekends for couples preparing for marriage. Her current ministry is assisting Catholic schools in Seattle as an instructional aide.

Returning to full-time social ministry, Sister Beatrice began living and working with a team at Providence Hospitality House, a shelter for women and children in crisis.