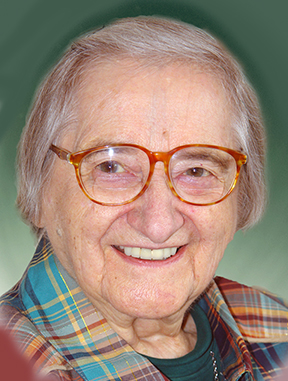 Sister Clarella Fink was born in Minneapolis and grew up in Montana, where she met the Sisters of Providence as a 5-year-old at religious vacation school in Hyshum.

After graduation from Sacred Heart Academy in Missoula, Mont., she entered with her high school friend Inez Arkell. Her first ministry was helping at St. Francis Xavier School in Missoula.

She taught third and fourth grades at St. Thomas Home and first grade at St. Gerard School in Great Falls, Mont., and in Walla Walla, Wash. She also lived and worked on the Indian reservation in DeSmet, Idaho, and taught for 12 years in Missoula, including St. Anthony’s and St. Francis Xavier.

She was one of the founding sisters of the mission in the Philippines and served there for 12 years, including three as the first superior and more than nine as treasurer.

A seizure and fall in 2001 brought her back to the states, initially to Spokane, but she later returned to the Philippines for a time. Today, she lives at St. Joseph Residence, Seattle.