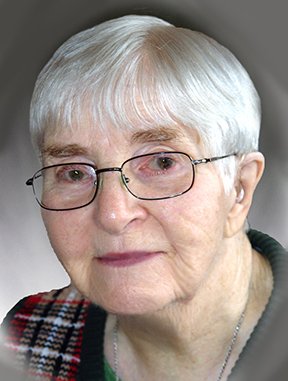 Sister Inez Arkell, born in Minneapolis, moved with her family to western Montana. As a high school student at Sacred Heart Academy in Missoula, she was hired as a nurse’s aide at St. Ignatius Hospital to care for elderly Sister Victor Nibbler. When she entered the Sisters of Providence novitiate in Seattle, she took Sister Victorine as her name in religion.

Her ministries have been in nursing, pastoral care, chaplaincy and volunteer service, largely in Montana. She took care of boarding school girls in Sprague, Wash., and Missoula, Mont., before she became a licensed practical nurse. Then she served at hospitals in Fort Benton and Great Falls. She transitioned into pastoral care and later trained to become a chaplain, serving at Columbus Hospital in Great Falls.

Other ministries in Great Falls included working at Benefis Health Care, at St. Luke’s Parish with the Legion of Mary as spiritual director, at the former Angel Room at St. Vincent de Paul, and with Providence Associates.

Sister Inez transitioned into pastoral care and later trained to become a chaplain, serving at Columbus Hospital in Great Falls.