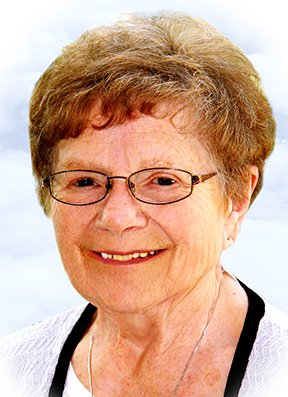 Sister Lily May Emert’s ministries have included pharmacist, chaplain, aide to the elderly and infirm, community volunteer and advisor and support to Providence Associates in Spokane for nearly 25 years.

A Seattle native, she was raised primarily in Spokane County and worked part time doing chores in the pharmacy at Sacred Heart Hospital, Spokane, while in high school. She entered the religious community in 1946 and was assigned to help with bookkeeping in the business office at Columbus Hospital in Great Falls, Mont., and later to assist in the pharmacy.

She also assisted in the pharmacy at St. Patrick Hospital, Missoula, Mont. Five years later, she was sent to Creighton University in Omaha, Neb., for pharmacy training. She worked at St. Patrick’s in the summers, and then continued working there for 10 years after her graduation.

For the next 20 years, she worked in the pharmacy at St. Mary Hospital, Walla Walla, Wash., and also substituted at St. Ignatius and Colfax hospitals.

In 1990 she volunteered as a chaplain at St. Mary’s and then completed clinical pastoral education training at Providence Hospital in Portland, Ore. In 1992 she joined the Community Life Team at Mount St. Joseph, Spokane, serving elderly and infirm sisters. When Mount St. Joseph closed in December 2013, she began volunteering at Our Place community ministry. She continues to live in Spokane.

Sister Lily May’s ministries have included pharmacist, chaplain, aide to the elderly and infirm, community volunteer and advisor and support to Providence Associates in Spokane for nearly 25 years.