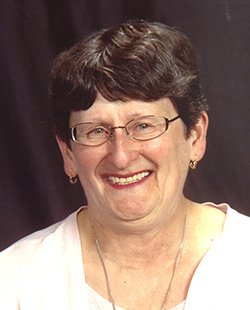 By the time Sister Maribeth Carson entered the Sisters of Providence as a candidate in Seattle in 1991, she had been teaching for 25 years in Seattle Public Schools.

Born in Wenatchee, she grew up in Seattle and attended Our Lady of the Lake School and Holy Names Academy. She received a bachelor’s degree in education and a master’s degree in curriculum and instruction from Seattle University and was an Oblate of St. Benedict attached to the abbey of Mount Angel.

Despite her successful teaching career, the pull of community life led her to become a woman religious. She became a novice in 1992 at St. Joseph Residence, Seattle, and spent a year at the Galilee Renewal Centre and Intercommunity Novitiate in Arnprior, Ontario. Returning to the United States after her canonical novitiate, she spent her apostolic year at St. Joseph/Marquette School in Yakima, Wash.

Sister Maribeth began her ministry as a teacher at Our Lady of Sorrows School in Portland, Ore. After professing final vows, she transitioned into parish work, becoming director of religious education at Immaculate Conception Parish in Stayton, Ore., before becoming pastoral assistant for adult faith formation at St. Mary Magdalen Parish in Everett, Wash.

Today she is sister representative on the Community Ministry Board of Providence Regional Medical Center Everett, and also on the Mission Committee, the Providence Institute for Healthier Communities, and the Ethics Committee.

Despite her successful teaching career, the pull of community life led Sr. Carson to become a woman religious. .