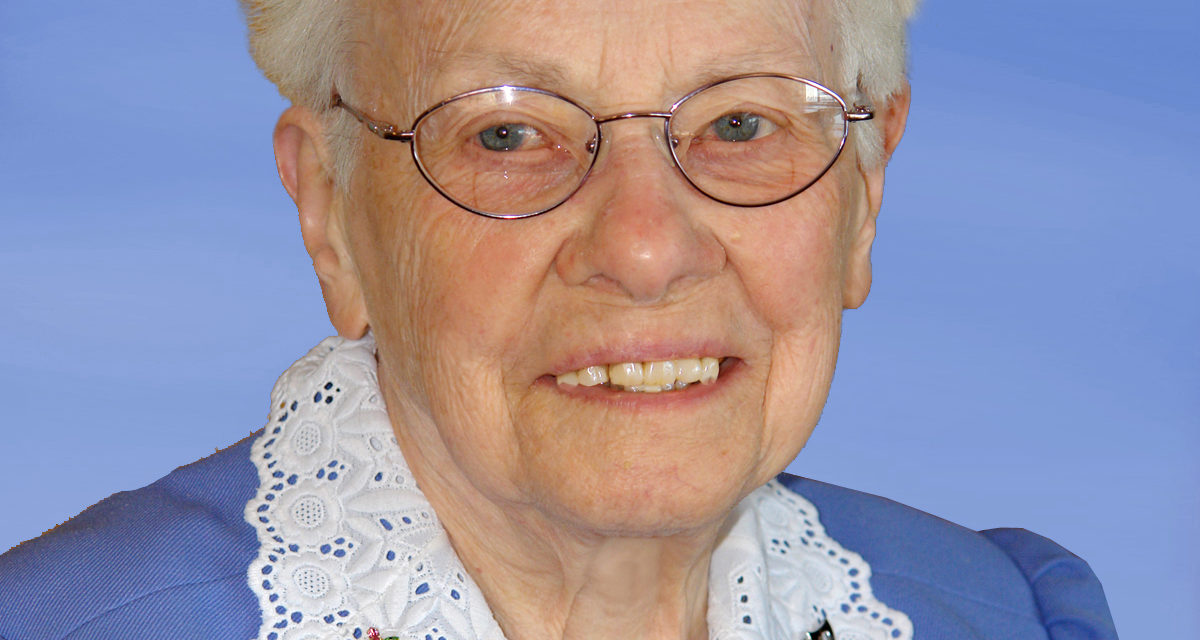 Sister Rita was born in St. Louis, Ore., to Lawrence Fershweiler and Marie Ruben (Bonning) on March 16, 1918, the year that marked the beginning of the Spanish flu pandemic. She was the eldest of six children, and grew up milking cows and picking hops and berries.

She was the recipient of many awards during her nursing and administration ministries, including being named one of Oregon’s 10 women of accomplishment in 1971. In 2012 Sister Rita was honored by Providence St. Vincent Hospital with a “Peace Garden” for her many years of dedicated ministry.