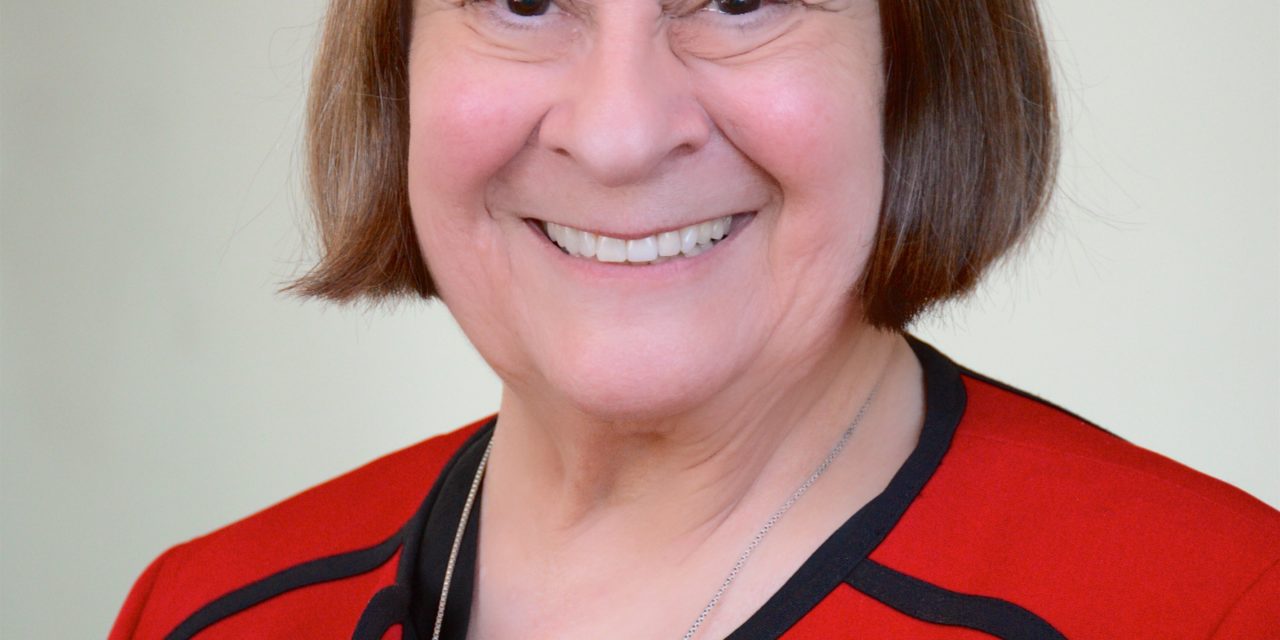 Maggie’s first encounter with Providence goes back to her birth in 1949 at the old Providence Hospital (now Providence Alaska Medical Center) in Anchorage, Alaska. At age two, she moved with her mother, father and sister to Seattle, where they grew to a family of seven children centered in their Catholic faith. Sister Maggie’s mother and father encouraged their children to be kind, inclusive and accepting of others – to be models of their faith – which meant they didn’t get away with much!

Growing up, Maggie became acquainted with the Sisters of Providence through her aunt, Sister Rosemary Kistner. Maggie also has fond memories of her high school years when she was able to see Sisters of Providence in action as teachers of literature, theology and home economics at Bishop Blanchet High School in Seattle. These strong women who spoke out and stood up for what was right made an impression on her.

After graduating high school, Maggie went to work for the phone company for two and half years and began to seriously consider religious life. She was no longer enchanted by the thought of making a lot of money and going to concerts and parties with friends. Rather she was searching for something more in life, a way of growing closer to God, having a ministry and being part of a religious community that loved life and was committed to the changes coming out of Vatican II. After a year in spiritual direction and discernment, she entered the Sisters of Providence in 1969.

Sister Maggie received her bachelor’s degree in education, with a minor in fine arts, from Seattle University. This included an additional year of theology as a canonical novice.

Her first experience with teaching was as an assistant at St. Michael’s School in Olympia. Her first formal teaching assignment was at St. Joseph School in Vancouver, Wash. Sister Maggie was grateful for the religious sisters with whom she lived – women who supported one another in educational ministry, spirituality and community. From there she taught with the Tacoma Dominicans at St. Paul’s in Yakima, Wash., and at St. Joseph’s, also in Yakima. Next she moved to Oregon and taught at St. Ignatius Catholic School in Portland. During her teaching ministry, she was always involved in directing music and choirs – a special passion of hers.

After a decade of teaching, Sister Maggie decided to share her gifts in different ways and had the opportunity to experience several ministries in service to poor and vulnerable persons in the community. She coordinated women’s and children’s services and educational programs for seniors through Providence in Portland. She also served as a case manager for homeless women and children at Providence Hospitality House, a transitional shelter in Seattle.

The former teacher enjoyed being a student, as well, and felt privileged to continue her education in different cultures and world views as she studied cross-cultural communication and missiology at Maryknoll School of Theology in Ossining, N.Y., during the summers of 1987 and 1988.

But the ministry she considered most gratifying was that of director of mission integration for Providence Health Plans of Oregon. Hired in 1998, Sister Maggie was the first in this role at the health plans, which she held for 18 years. In this position, she was responsible for ethics, community benefits and integration of Mission and values in the workplace. She enjoyed the diverse people she worked with and came to know personally their joys and sorrows through weddings, funerals, bat mitzvahs, newborn blessings and other celebrations, as well as the grief of 9/11, school shootings and other tragedies.

Two years into this ministry Sister Maggie went back to school, while continuing to work, and received a Master of Arts in Health Care Mission from Aquinas Institute of Theology in St. Louis, Mo. She was part of the first cohort to complete this course of studies, which served her well in her role as mission director.

Sister Maggie retired from the position of mission director in 2016 and went on sabbatical after 45 years of ministry. She spent five months living at the Dominican priory and attending the School of Applied Theology in Oakland, Calif., before returning to the Portland area for volunteer work at a food bank and at an organization supporting women who have been impacted by violence, abuse, poverty, trafficking and prostitution.

Retirement didn’t last long. In 2019, Sister Maggie was asked to be a sponsor for Providence St. Joseph Health. She began her sponsor term January 1, 2020. As a sponsor, she is responsible, along with nine other dedicated sponsors, for the continued viability of the health care ministry and for promoting its ongoing mission. On behalf of the Church, the sponsors have been entrusted to serve by guiding and overseeing the health care ministry in a formal and public way.

Looking back on 50 years as a Sister of Providence, Sister Maggie expressed tremendous gratitude to her religious community, her family and to the Providence of God. She believes the hand of Providence guided her into every ministry. While it wasn’t always easy, she said, “The blessings were abundant and unknown to me at the time. When we surrender to the Providence of God in our lives, we are able to accept those things that are integral to our growth and hold a depth of surprise.”

As a circle comes back around, Sister Maggie recalled the theme of her final vows in 1981: “Faithfulness will be your joy” – a sentiment embroidered by her older sister on a fabric cover for her Jerusalem Bible. “Yes,” she said, “as a Sister of Providence, faithfulness has been my joy.”