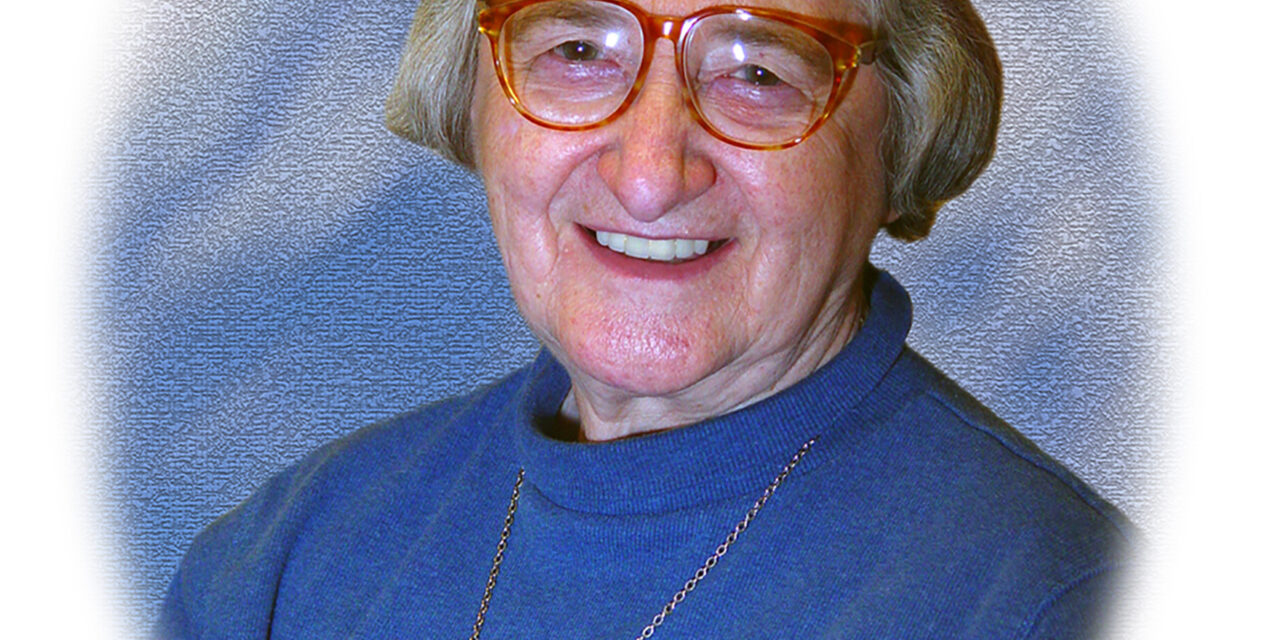 Clarella Fink (Lois Mae Fink) was born in the Minneapolis, Minn. on Sept. 28, 1927, to Andrew Roy Fink and Clara Theresa (Klimek) Fink. She was the oldest of ten children: six boys and four girls.

In 1945 she graduated from Sacred Heart Academy, Missoula, Mont. In 1958 Sister Clarella received a bachelor’s degree in elementary education at the College of Great Falls, Great Falls, Mont. In 1968 she received a master’s in Education at Gonzaga University, Spokane, Wash., and in 1985 a diploma in accounting from Kinman Business University, Spokane. She was certified to teach in Idaho, Washington and Montana.

In 1989, Sister Clarella was called to be a missionary, where she ministered until early 2002 in the Philippines. She was one of the first five Sisters of Providence to minister in the Philippines. She was their first superior and ministered for more than nine years as the treasurer. In 2002 when she returned to Spokane, Sister Clarella volunteered on several community boards. In 2012, she moved to St. Joseph Residence in Seattle where she prayed with and comforted those who were dying. She also enjoyed reading to others.

To view Sr. Clarella’s obituary and picture, and to sign her memory book, please visit the website for Bonney-Watson Funeral Home at www.bonneywatson.com.