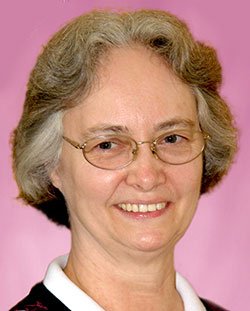 Following upon discernment and sharing with several sisters, the Leadership Team announced in December that Sister Celia would become a provincial councilor as of January 3, 2013. She has been called and accepted to serve on the Leadership Team for the next two years.

Sister Judith said the sisters of MJP suggested names of sisters to consider for the position of provincial councilor. “We, as council, reviewed the names of the sisters, considering their gifts and qualities as well as their abilities to work with us on the team. We narrowed the field and spoke to three sisters to consider the position, explaining why we believed each one would be a complement to the team.  We gave them time for prayer and discernment.” After each one responded, Sister Celia was chosen.

“Thank you, Celia, for your generosity and dedication as you willingly bring your many gifts to share with all the sisters in Mother Joseph Province,” Sister Judith said on behalf of the Leadership Team. “Providence of God, we thank you for all!”

“Trusting in our provident God and with the support of prayers of our Providence family, I look forward to this new ministry of giving service as a provincial councilor/team member,” Sister Celia said.

Sister Celia, a Seattle native and the fourth of nine children, was the second daughter to become a Sister of Providence. The oldest child, Sister Lynn Chappell, entered the religious community six years before she did.

Sister Celia entered the religious community in 1966, on the cusp of changes in religious life as a result of Vatican II. She attended formation and college at Providence Heights in Issaquah, Wash., and was among those teaching or studying there when it closed as a formation house. She made first vows in 1970 and final vows in 1978.

She first prepared for a ministry as a teacher, graduating from Seattle University in 1971 with a degree in education and spending three years at Providence High School in Burbank, Calif. Following a year as a parish visitor to the frail and the elderly at Holy Rosary in Seattle and completing an internship at Providence Medical Center in Portland, Ore., she changed her ministry to parish-based social work.

Sister Celia worked as a social worker with Catholic Community Services, King County, Wash., for four years, helping to start Volunteer Chore Ministry, a parish/congregation-based outreach program that developed volunteer help for elderly in need. Sister Celia then was asked to serve as vocation director and candidate director for the Sisters of Providence.

After finishing her term as vocation/candidate director, Sister Celia was a spiritual director with the SEEL program. From 1995 to1999 she was a member of SEEL’s administrative team in charge of the intern training program for spiritual directors.

During 1999, Sister Celia began working for the Ignatian Resource Center (now known as the Ignatian Spirituality Center) in Seattle, in order to assist in the development of new programs based in Ignatian spirituality to meet emerging needs.

Her most recent ministry, 2003 to 2012, was to be live-in caregiver for her elderly mother Betty, who died peacefully on September 13, 2012, a few weeks after her 90th birthday.