At a special Mass on Thursday, December 8, 2016, Provincial Superior Judith Desmarais, SP, highlighted the history of the Sisters of Providence in the West and spotlighted some of the sisters who made a tremendous impact on the people and the society of their times. The occasion was a celebration of two Sisters of Providence milestones: the 160th anniversary of the arrival in the West of Mother Joseph of the Sacred Heart and four companions, as well as the 50th anniversary of St. Joseph Residence, home to retired and infirm sisters in Seattle. 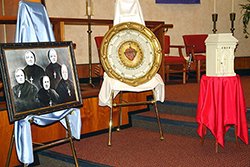 Attendees included Tacoma Dominican sisters, members of the executive team of Providence St. Joseph Health and a number of its co-sponsors, and a number of priests who celebrate Mass at SJR. A special liturgy also was offered on December 8 in the chapel at Mount St. Joseph in Spokane.

That date was the Feast of the Immaculate Conception, and General Superior Karin Dufault, SP, and the General Council in Montreal sent special congratulations: “Know that all of us on the General Leadership Team are with you in spirit, joining you in giving thanks to God-Providence for the wonders that have been a part of those years . . . We also thank our Providence Associates, Providence Companions, colleagues in ministry, and benefactors, as well as those served.”

Sister Judith’s introduction to the liturgical celebration, which was followed by a luncheon, is reprinted here. 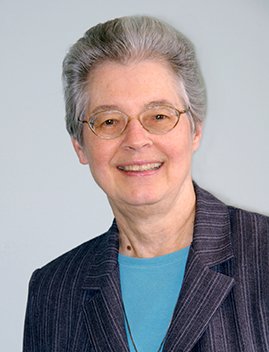 On December 8, 1856, Mother Joseph of the Sacred Heart and four sister companions, Sisters Mary of the Precious Blood, Vincent de Paul, Blandine of the Holy Angels and Praxedes of Providence arrived in the Washington Territory, at what is now Vancouver, Wash. Since then, hundreds of Sisters of Providence have continued their legacy of compassion, courage and caring. Today we celebrate their many contributions to education, health care and social services in the West.

We know that Blessed Emilie Gamelin taught the sisters well. Thus it is known that the Sisters of Providence Corporation, the “Sisters of Charity of the House of Providence” was incorporated on January 28, 1859, in the Washington Territory, and is the second-oldest continuously registered non-profit corporation in Washington. The purpose of the corporation is for the “relief of the needy and suffering humanity in the care of the orphans, invalids, and the sick and the poor, and in the education of youth.” This rings true for the Sisters of Providence today just as much as it did when it was founded.

We are equally proud and honored that Mother Joseph was chosen in 1980 to represent the state of Washington in National Statuary Hall, where it was dedicated in May 1980. A duplicate statue is in the state capitol in Olympia.

At the time of the 100-year celebration of our Sisters’ presence in the West in 1956, The Bell and the River was published. This book has guided many people in understanding the charism and mission of the Sisters of Providence. In the 1950s, the Sister Formation Movement developed and had a huge impact on how sisters were educated for ministry service.

In support of outreach services to other countries in recent history, sisters were missioned to the Philippines in 1989, and to El Salvador in 1995.

With the coming together of St. Ignatius and Sacred Heart provinces in the year 2000, we became Mother Joseph Province. In 2006, Providence Health System and Providence Services joined to become Providence Health & Services (PH&S). Then in 2010, the sponsorship of PH&S was turned over to Providence Ministries, with the guiding principles of the “Hopes and Aspirations.” Another significant piece was the closure of Mount St. Joseph in Spokane, Wash., in 2013 as a home and health-care facility for our sisters, necessitating their move to St. Joseph Residence in Seattle.

As we look back over the years, I would like to highlight some Sisters whose dedicated lives made an impact on so many people and society. We know many characteristics of Mother Joseph, so I will concentrate on other sisters, beginning with the four that came with her:

Sr. Praxedes of Providence: (1820-1889) (Desanges Lamothe) was a very shy and timid person, but had a keen mind, elicited good judgment and was tireless in her activity. She founded four hospitals, three Indian schools and two boarding schools. In 1866 she was named the provincial superior (Mother Vicariate).

Sr. Blandine of the Holy Angels: (1838-1922) Zephirine Collin) was happy and courageous in her work, but also had episodes of loneliness and weariness. Because she was fluent in French and English, she made a good secretary for Mother Joseph, and later for the corporation. She founded an Indian school, an academy and a hospital.

Sr. Mary of the Precious Blood (1838-1877) (Helen Norton) was intelligent and also pretty, so she was taken on begging trips to encourage donations. English was her native language and she was a teacher. She founded one school but died of typhoid fever at the age of 39.

Sr. Vincent de Paul (1826-1908) Adelaide Theriault) was skilled at gardening, baking and sewing; she landscaped the grounds at Providence Academy in Vancouver. She gave lodging and food to Indian families who came to receive the sacraments.

The dedication of St. Joseph Residence took place on the feast of St. Joseph the Worker, May 1, 1966. The provincial was Sr. Mary Loretta (Cecilia Abhold), the first superior was Sr. Rose Imelda, who received the keys from Arthur Harrington, of Maloney, Harrington, Freez and Lund Architects. Msgr. Philip Duffy, superintendent of schools, set the cornerstone of the new residence. Refreshments were served on the fourth floor by Mount St. Vincent Auxiliary. The members, with some of the Sisters, conducted tours through the new building.