Stories point to abuse and cruelty

As a member of a SOAW (School of the Americas Watch) Border Watch delegation, I traveled to Nogales, Ariz., and to Mexico in 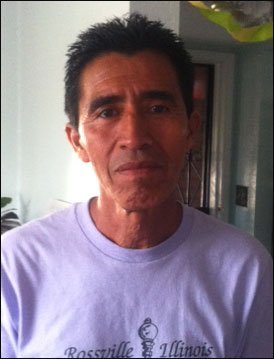 May to listen and learn the stories of those who have been subjected to possible human rights abuses. The stories we heard were heart-wrenching and pointed directly to areas of abuse and cruelty.

Caesar, a Guatemalan, described conditions in detention. Upon arrival, he was stripped of his own clothes, given a one-layer jumpsuit to wear, and placed in a cell with so many other detainees that there was no space to sit or lay down.

Temperatures were lowered to freezing and he was given a plastic “sheet” for protection from the cold. Bread was thrown to the group about every six hours, but never enough to feed everyone. They were given water and cold juices to drink; never anything warm to combat the cold.

When Caesar asked the guard to speak in Spanish, the guard responded that he did not want to lower himself by doing so. The guard then called Caesar a name and pushed him.

As we listened to Caesar tell his story, we noticed that he was not expressing rage or anger about the massacre of his family or the cruelty he himself had suffered. When asked about that, his reply was that he believed in a god who was killed and yet forgave and he must do the same.

West Cosgrove of Kino Border Initiatives told us about an episode he witnessed. The bus that takes immigrants to the border at Nogales for deportation stops about 100 feet from the actual border crossing. Detainees then walk the remainder of the way. This past December, the bus arrived about 6:30 a.m. The guards

“I believe profoundly that the conversation, the debate about immigrants and immigration law, is NOT ultimately about the immigrants, IT IS ABOUT US. It is about what kind of people we will be; will we be a welcoming, kind, accepting culture, people, country, or will we continue to leave out the poor, the needy, the ones that walk with God? Will we continue to harden our hearts and exclude anyone that we believe is not one of us, or will we live up to the best of our faith and national traditions and ‘welcome the stranger’?”

removed a wheelchair from the bus, and then the various detainees stepped down. The last was a woman, still wearing a hospital gown and nothing else, who was taken off the bus and placed in a wheelchair. The bus departed, leaving the woman in her chair, stranded on the sidewalk. There was snow on the ground and no blanket was placed around her to protect from the bitter cold. As a U.S. citizen, these actions are being done in my name!

Children as young as 8 detained

The rights of children frequently are ignored. Separation of families is against international protocol, with several treaties prohibiting the separation of children from each other and from their parents. The Universal Declaration of Human Rights is one such document.

According to child advocate Laurie Melrood, undocumented children can be detained in centers and there are unaccompanied children as young as 9 years of age who are being detained. Children who are citizens are often separated from parents who are deported. Some immigrants are doing advance planning for care of the children if the parents are deported, signing guardianship papers and other legal documents. Otherwise, children are placed in the foster-care system.

Additional abuses were noted in the July Resolution To Action sent out by the Leadership Conference of Women Religious (LCWR). “Culture of Cruelty” is the title of a report written by the aid organization No More Deaths. The report can be found at www.cultureofcruelty.org.

It is hard to read, especially when I realize that this is happening within my own country … land of the free and home of the brave. I am reminded of the story found in Luke 16: 19-31, of Lazarus, who begged from the rich man and received nothing.

I must ask myself: Am I the rich woman? How much does my silence contribute to the agony of Lazarus?