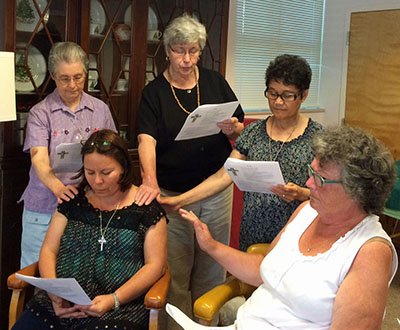 On August 14, Sister Vilma Franco was missioned in Seattle and then flew to El Salvador on August 26 to take up ministry in Arcatao parish in the department of Chalatenango. That mountain village where she will be a catechist working with children is her birthplace, a four- or five-hour drive from the coastal department of Usulutan where she, her mother and her sister relocated after the civil war that claimed the lives of her father and her six brothers.

“I was born there (in Chalatenango), my father was killed there, my family is buried there,” Sister Vilma said. “I came to the United States in 2006 to reconcile with this country” because of its role in the civil war that ravaged El Salvador from 1980 to 1992. “I have accomplished that.” She became a U.S. citizen in January of 2015.

Sister Vilma first met the Sisters of Providence ministering in El Salvador and became a pre-candidate. Discernment over the years has helped her to discover that she is comfortable working with people, especially the poor. She sought and received permission to return to El Salvador to minister and be a missionary to her own people in their shared language.

Stands with her people 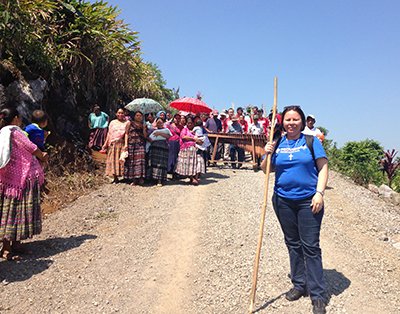 “I have accomplished many things and created many strong relationships,” Sister Vilma said, adding that she has “mixed feeling” about her next steps.

“Now, I am different, and El Salvador is different, too. During the civil war there was violence, and now there is still violence, and you don’t know who’s good and who’s bad. But I’m not afraid. My people suffer. As a Sister of Providence, I have to suffer with my people. If they’re not afraid, I am not afraid.” 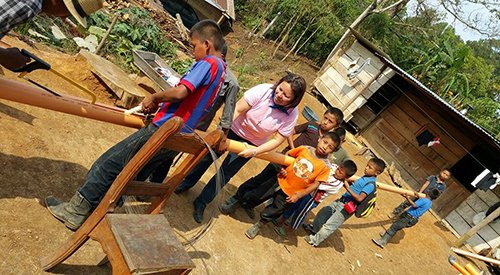 Two recent mission trips to Guatemala proved to be excellent preparation for the return to El Salvador, she said. “My heart was calling me to something different, and the time in Guatemala changed my life.”

The first time, last November, she traveled for one week with Providence Health International as part of a team helping to build latrines in a small village near Chicaman. Sister Vilma returned to Guatemala for two months. She was a group leader with Medical Teams International, working with 13 people from Providence in Seattle to build clean-burning stoves for families in the mountain village of Monte Maria.

She also worked on a water project in Capilla Chiquita, laying out PVC pipes to form gutters on houses and installing pump mechanisms. In addition, Sister Vilma helped and provided translation for about 40 doctors and nurses providing care as part of the international medical team.

She learned in Guatemala not just to bring and give, but to follow up, collaborate and partner with people, Sister Vilma said.

“It was a privilege to be allowed into their lives, even for a day,” Sister Vilma wrote to the sisters of Mother Joseph Province. She described going to homes and visiting with poor people, asking permission to enter their sacred space and beginning a relationship with the families, using a translator to communicate in their dialects. 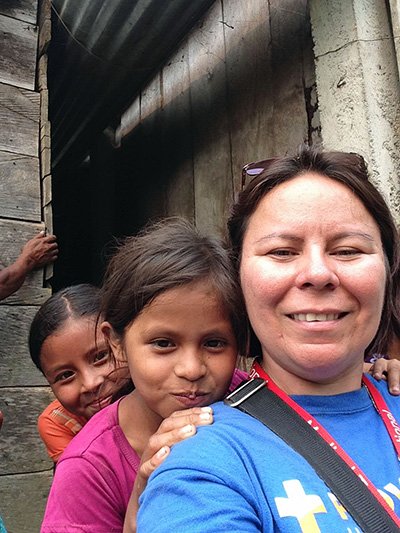 Calls for solidarity with the poor

“I asked myself, how much do I have?” she said in an interview. “They are so poor but they are happy. They work together. I think we need to be more in solidarity with the poor. I was poor, and now I am going back to my roots. I continue to be poor, because as a sister, what I have is not mine. How much do we spend because we need it or is it because we want it?”

Sister Vilma said a niece asked her, “Why are you coming back to El Salvador when you have everything there?” She responded that she wants to show the people of El Salvador that you can be happy and have everything without living in the United States. “The change does not come from government, it comes from your heart. People need to say they have the will to change their lives, and to do it.”

So today she is back in El Salvador, in a town where people know her and her family. She is entering into and learning again about her own culture, with one big difference. “I am not going as Vilma; I am going as Hermana Vilma, a Sister of Providence. “I am going to see what I can do for our own people. If this is not for me, I am free to come back; it’s my choice.”

She is grateful to the Leadership Team of Mother Joseph Province for allowing her that freedom, and knows it will be a challenge to live alone in a house when community has become so important to her. Leaving the sisters and friends who have supported her is hard, but she knows she will be returning for annual Provincial Chapters and other meetings. She will trust in God and follow His will as the SP foundresses did. “We need to risk ourselves,” she explained. “Our Constitutions say to dare to risk beyond our securities.”