Maureen Morris is “The Face of Providence” at St. Joseph Residence 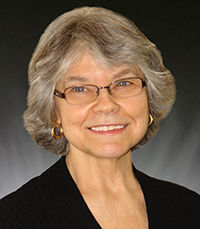 Those simple but deeply meaningful words are the motto of Maureen Morris, executive administrative assistant at St. Joseph Residence, the retirement home of the Sisters of Providence in Seattle. For 20 years Maureen’s smile, warm greeting, careful listening, sincere desire to help and her kindness have made her “The Face of Providence” for everyone who comes through the door at SJR, and that is what has made her a 2016 Mother Joseph Award recipient.

A Seattle native, Maureen has lived in the same Mount Baker home since she was a year old. She was the middle child of a father who was a teacher and a mother who was in the home and returned to administrative/secretarial work when the children were older.

Maureen’s memories are full of lots of kids around, plenty of fun, and time to enjoy the outdoors. She describes her older sister Marianne, an interior decorator, as “a dear friend of mine, very smart and beautiful.”

Of her younger brother, internationally acclaimed dancer and choreographer Mark Morris, Maureen says, “I just love him,” describing him as “a great artist and a firecracker.”

Music in the house

Maureen’s early years were full of watching dance recitals and appreciating her siblings’ talents in that arena. She preferred ice skating and horses, and loved it when their dad took them all riding.

“My dad loved debate and music and my mom loved words and dancing, so there was always music in the house,” Maureen said with a fond smile at the memories. “We would put on shows and we made movies in the ghost towns of Montana in full costume. I had a great childhood!”

Maureen thought she would grow up to be a pilot or perhaps a singer, but she got practical in college and earned a bachelor’s degree in social work. “But the jobs you wanted required a master’s degree, and I couldn’t do that, so instead I traveled.” (Her travel adventures were amazing, including an emergency appendectomy in the south of France where the hospital had chocolate croissants in the vending machine!)

Maureen did every job, from bus driver to waitress and beyond. The common thread, what she said made her really enjoy every job, was the people. Maureen said she even loved the school bus driver job when the bus broke down in the middle of the freeway and suddenly all of the kids wanted to go to the bathroom. “It was always the people; I enjoyed working with people.”

Providence’s hand on her shoulder

Her entry into the Providence family can only be described as providential. Maureen first worked at the front desk of the adjacent Mount St. Vincent, thanks to a tip from its dining manager and wonderful friend and housemate Victoria. The icing on the cake – unrelated, but who knows – was when Maureen bought a $1 raffle ticket there soon after she was hired and won $1,300. “I thought, ‘This might be a good place to work,’” she said with a chuckle.

Providence had its hand on her shoulder again when her good friend Esther, then seemingly about 90 years old, decided to retire from her receptionist job at SJR. Maureen knew the sisters and knew Providence, so she put in a bid for it and was hired. It was one of the best decisions she ever made, Maureen said. “There was a peacefulness, a respectfulness, and people were treated with dignity there,” Maureen recalled. She said she has been fortunate to be hired by Sister Anita Butler, “who trusted me to do my newly expanded job,” and now for Sister Jacqueline Fernandes, “who encourages me to own my job.

“My co-workers are the very best.”

“The sisters were very open, welcoming and kind, as they are to everybody,” not just at the beginning but throughout the next 20 years, she explained.

“When my mother developed Alzheimer’s, my sister Victoria and I took care of her until she died at home at 90,” said Maureen, who lost her father when he was 59.

“Working around that kind of caregiving schedule could be difficult, but Jacqueline was compassionate.”

She also respects her life as a person, Maureen added, explaining that when her brother has generously flown her to places to see new pieces of his art, the sisters have allowed her time away from the job to enjoy it.

Never married, she is delighted that Victoria, as well as her sister Marianne and her husband Keith, “share their beautiful children with me.”

Maureen enjoys her garden and music, mentioning that she sang in choirs in high school and college, and even had a role in a performance of “Naughty Marietta,” playing a French-Canadian nun in the first act and a dancehall girl in the second act.

“I don’t know if I’m deserving of this award (I know many others who are more deserving), but I am deeply honored and I will take it,” Maureen said of the Mother Joseph Award presentation. “I am totally stunned and amazed. The sisters are a great bunch of women. Mother Joseph was incredibly brave and so smart and so skilled. I don’t feel very brave or skilled, but I believe in being kind.”

Mother Joseph also believed in kindness, Maureen said. “She cared so much about people who need love and help, which is why she did the things that she did. I care a lot about compassion and fairness, and she did, too.”

Maureen Morris was nominated for the Mother Joseph Award by Sister Mary Wilson and scores of other Sisters of Providence. A few of their comments follow.

“Maureen Morris lives the values that are at the heart of this award,” said Sister Lucille Dean, one of the scores of Sisters of Providence who supported her nomination. “A woman of compassion, she has for years demonstrated her care and her concern for the Sisters who both live and visit at St. Joseph Residence. She has a spontaneous smile that radiates ‘Welcome’ and personal recognition of all who pass through the door or step to her desk for help, whether that be the residents, members of the Community or guests who may be strangers. She is discrete and respectful, and she recognizes the dignity of each person. She is calm and at the same time manages to share a spirit of joy. She does appear to possess a flame of love and commitment – and it is interesting that she has chosen to work among the elderly, Mother Emilie Gamelin’s original work and one that was brought West by Mother Joseph.”

“To all the people who come in contact with her, she has been the compassionate and caring person who responds to every need presented to her. She goes ‘the extra mile’ to take care of the needs of others . . This is especially true of older people, who at times may feel confused, worried, even agitated at times.”

“She is extremely supportive of all we do here and is vital to our ministry here and elsewhere.”

“Maureen is part of the memory of our community and a wonderful asset . . . She is just a happy woman and easy to be around.”

“Maureen is never too busy to listen to you and always listens.”

“Maureen is FAITHFUL. She is always attentive to hospitality and greets all people warmly.”

“Her concern for the Sisters is astounding.”

“Maureen always gives her full attention to the person she is with, and does it with joy. She is outstanding in her recognition of the individual and gives it with respect. She is part of ‘us’ and takes part in all she can . . .”

“What impresses me most about Maureen is her consistency. I have never seen her fail in being present, open, and responsive to every person.”